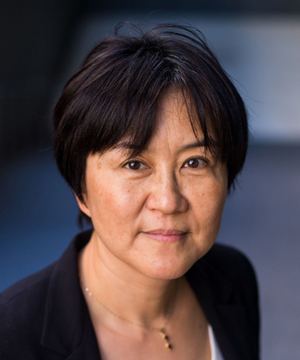 Notable for not only being the vice chair of the Atmospheric and Oceanic Science Department as well as a professor at UCLA, Rong Fu is also one of the 2020 Fellows of the American Association for the Advancement of Science (AAAS) for her scientific contribution to the atmosphere and hydrosphere sciences, her service and leadership in the scientific community, and the important societal impact of her research. She is also elected as a fellow of the American Geophysical Union (AGU), where she served as President of the Global Environmental Change Section, personally developed interdisciplinary awards to recognize other trailblazers, and established a network for early and middle career scientists. Rong was also selected by the National Oceanic and Atmospheric Association (NOAA) to co-lead its task force, where she has been researching the causes of droughts and their predictability for over the last ten years.

Her significant research on what role the rainforests play in determining rainfall patterns started as the result of a curiosity. Through decades of research, including her recent work using satellite observations of water isotopes in conjunction with solar induced fluorescent satellite data, her research group and collaborators have confirmed, without ambiguity, that the increase of moisture transpired by rainforests initiate the rainy season over the Amazon and Congo. The observation of these correlations was pivotal in understanding the delay in rain seasons and the increasingly severe droughts in the Amazon. There is a crucial need to preserve our forests to prevent strong amplification of global atmospheric CO2, which would far surpass that caused by fossil fuel emissions. Prolonged extreme droughts have triggered the collapse of civilizations in human history and they still represent one of the greatest threats for modern human societies. The accurate prediction of droughts several months in advance can save billions of dollars in California as well as lives in the poorest regions on Earth. Rong has been invited in the past as a panelist for a financial think tank co-hosted by the AAAS and Resources for Future, led by Nobel Laureates in climate and economy, to address climate change impacts on the economy. From her panelist discussions, she has learned from economists that the large uncertainty in predicting and projecting droughts represent a major source of uncertainty in determining financial impact of climate change. Yet, we cannot provide credible predictions and projections of droughts both close to home and worldwide. She encourages students to research, collaborate, and devote their future career to studying extreme droughts and advance the scientific response to these potential events.

The Wave, Atmosphere, Vegetation, and Extremes (WAVE) Group in 2019