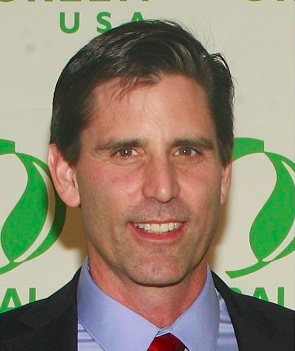 road maps for transitioning all 50 US states to wind, water, and solar power

Our First Annual Yanai Lecture was held on May 7, 2014 in the Charles E. Young Library and was a huge sucess with Mark Jacobson from Stanford University, discussing plans to convert the energy of infrastructures to wind, water, and sunlight.

Global warming, air pollution, and energy insecurity are three of the most significant problems facing the world today. This talk discusses the development of technical and economic plans to convert the energy infrastructure of each of the 50 United States to those powered by 100% wind, water, and sunlight (WWS) for all purposes, including electricity, transportation, heating/cooling, and industry after energy efficiency measures are accounted for. The plans call for all new energy and transportation to be clean by 2020, ~80% conversion of existing infrastructure by 2030 and 100% by 2050 through aggressive policy measures and natural transition. Wind and solar resource availability, land areas required, jobs created, changes in energy costs, cost savings from avoided air pollution and global warming, and methods of ensuring reliability of the grid will be discussed. Air pollution reductions alone due to the plan would eliminate a mean of 60,000 premature mortalities in the U.S., avoiding costs equivalent to 3.3 percent of the United States gross domestic product based on statistical cost of life. The roadmap will also stabilize energy prices.

More information can be found at http://www.stanford.edu/group/efmh/jacobson/Articles/I/susenergy2030.html.

Mark Z. Jacobson is Director of the Atmosphere/Energy Program and Professor of Civil and Environmental Engineering at Stanford University. He is also a Senior Fellow of the Woods Institute for the Environment and Senior Fellow of the Precourt Institute for Energy.  He received a B.S. in Civil Engineering with distinction, an A.B. in Economics with distinction, and an M.S. in Environmental Engineering from Stanford University, in 1988.  He received an M.S. in Atmospheric Sciences in 1991 and a PhD in Atmospheric Sciences in 1994 from UCLA. He has been on the faculty at Stanford since 1994. His work relates to the development and application of numerical models to understand better the effects of energy systems and vehicles on climate and air pollution and the analysis of renewable energy resources.  He has published two textbooks of two editions each and 135 peer-reviewed scientific journal articles.  He received the 2005 American Meteorological Society Henry G. Houghton Award for “significant contributions to modeling aerosol chemistry and to understanding the role of soot and other carbon particles on climate,” the 2013 American Geophysical Union Ascent Award for “his dominating role in the development of models to identify the role of black carbon in climate change,” and the Global Green Policy Design Award for the "design of analysis and policy framework to envision a future powered by renewable energy." He co-authored a 2009 cover article in Scientific American with Dr. Mark DeLucchi of U.C. Davis on how to power the world with renewable energy, served on the Energy Efficiency and Renewables Advisory Committee to the U.S. Secretary of Energy, and recently appeared on the David Letterman Show to discuss converting the world to clean energy.