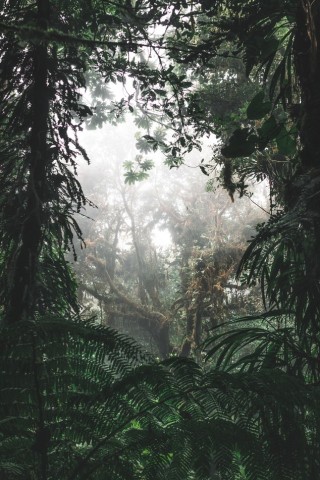 Join us on Zoom!

Turbulent fluxes of momentum, heat, water vapor, carbon dioxide, and forest emitted hydrocarbons play a major role in the coupling between the biosphere and the atmosphere, impacting weather and climate. These fluxes are mediated by turbulent eddies that result from the complex interaction between the boundary-layer flow and the vegetation canopy. In tall and dense forests (such as the Amazon) eddies frequently penetrate the upper region of the forest but seldom reach the lower canopy, effectively separating the forest into two distinct regions with contrasting transport conditions. Even gentle topography produces major effects in the flow field when covered by dense forests. In this talk I will use observations and results from high-fidelity idealized numerical simulations to study the transport of air parcels inside the Amazon forest canopy. I will also present simulations including gentle topography and discuss the potential effects of topography on transport of gases released inside the canopy. Results show that the presence of gentle topography produces appreciably non-uniformity of scalar fluxes at the top of the forest, with most of the transport occurring through “chimneys” located downwind of topographic features. Significant spatial non-uniformity persists through the canopy roughness sublayer, where most eddy-covariance measurements are performed above tall forests.