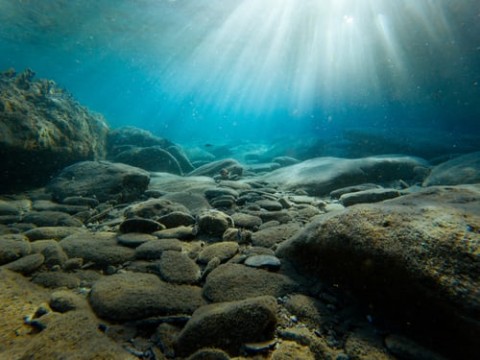 Species do not live in isolation, but adapt and ultimately, evolve, in relationship with other species as well as with their chemical and physical environment. In the ocean, the surface biogeochemical environment modulates the makeup of the pelagic ecosystem, while the ecological assemblage, in turn, regulates the carbon and nutrient cycles in the ocean and concentration of CO2 in the atmosphere, thus influencing the environment. Evolutionary feedbacks, both negative and positive, must therefore exist between marine plankton and their evolution, and global biogeochemical cycles and climate. This has important implications for rates of evolution change and extinction recovery and presents a significant challenge to understanding the rock record (what is the geological chicken vs. the egg?).

In this talk, I will illustrate one possible way forward via toy (‘fake’) worlds – aka, numerical models. Specifically, I will present the initial results of some contrasting modelling philosophies, both based on what happens if you incorporate a diverse marine ecology in an Earth system climate model. In the first example, idealized evolutionary changes in ecosystem structure are prescribed, and the attendant impacts on the marine environment are then simulated – (the chicken is prescribed and the egg follows). In the second, the structure and diversity of the ecosystem is allowed to ‘evolve’ in feedback with the environment (and the egg and the chicken chase each other). The resulting ecological successions in the model exhibit some real world behavior and mimic observations of planktic evolutionary recovery in the aftermath of the end Cretaceous impact.