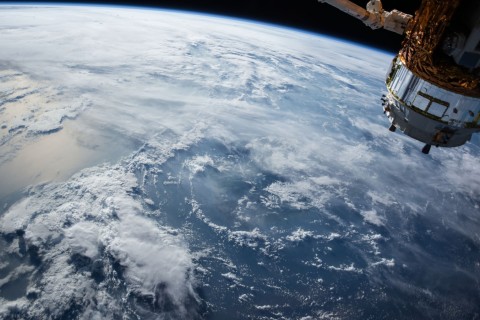 Our study also shows a strong influence of convective detrainment on aerosols in the upper troposphere during the growing and mature phases of the mesoscale convection, especially over south Asian and tropical African continents.  This behavior is likely due to more and deeper convective cores with stronger vertical wind shear.