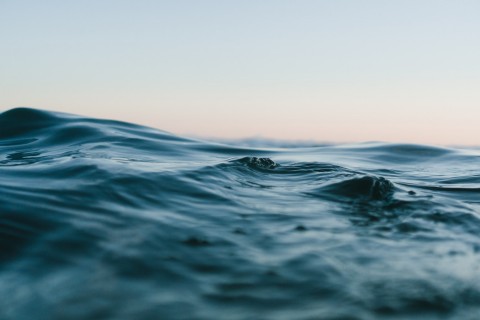 The Atlantic Meridional Overturning Circulation (AMOC) is a fundamental component of ocean circulation, which has pronounced impacts on the climate system as a whole. The Deep Western Boundary Current (DWBC) was historically considered to carry the brunt of the AMOC southward transport of dense water masses formed in the subpolar North Atlantic. However, observational evidence from recent decades has shown the the DWBC becomes “leaky” in its traversal of a region of complex topography in the Newfoundland basin. That is, much of its flux is lost to interior ocean pathways. A common assumption in the literature is that the DWBC leakiness occurs due to external forcing by eddies spawn from the energetic North Atlantic Current. However the suggested process was not demonstrated, and the dynamical reasons underlining the leakiness remained unclear.

To address the question of the dynamical processes behind the enhanced DWBC leakiness at the Newfoundland region, we develop and analyze a high-resolution, realistic, numerical simulation of a large sector in the North Atlantic ocean. In addition we analyze observational datasets to pinpoint the phenomenology at the leakiness region. In both the simulation and in the observations we find that leakiness is largely constrained to geographical hot-spots of strong topographic curvature and steepening. The offshore loss of DWBC transport occurs largely as a time-mean and typical pattern, rather than as a externally-forced semi-random eddying process as hypothesised in previous literature. We find that the leakiness process is consistent with inertial separation due to the varying bathymetry. Finally, we present scaling arguments based on potential vorticity conservation to explain why separation and leakiness should be favored at Flemish cap.