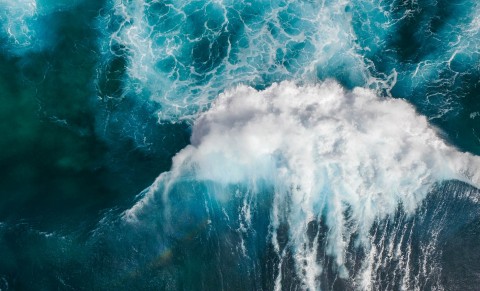 In the ocean, wind-generated kinetic energy (KE) manifests itself primarily in balanced currents and near-inertial waves. The dynamics of these flows is strongly constrained by the Earth’s rotation, causing the KE in balanced currents to follow an inverse cascade but also preventing wave-wave interactions from fluxing energy in the near-inertial band to lower frequencies and higher vertical wavenumbers. How wind-generated KE is transferred to small-scale turbulence and dissipated is thus a non-trivial problem. In this seminar, I will review recent theoretical calculations and numerical simulations that demonstrate how some surprising modifications to internal wave physics by the lateral density gradients present at ocean fronts allow for strong interactions between balanced currents and near- inertial waves that ultimately result in energy loss for both types of motion.