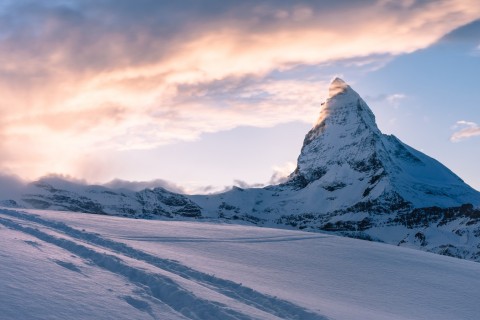 The ice-albedo feedback on rapidly-rotating terrestrial planets in the habitable zone can lead to abrupt transitions (bifurcations) between a warm and a snowball (ice-covered) state, bistability between these states, and hysteresis in planetary climate. This is important for planetary habitability because snowball events may trigger rises in the complexity of life, but could also endanger complex life that already exists. This raises the question of how the Snowball Bifurcation might work on tidally influenced planets in the habitable zone orbiting M and K dwarf stars. We investigate this question using analytical theory, an intermediate-complexity global climate model, and an ocean-atmosphere global climate model. We find that planets locked in a 1:1 synchronous rotation state are likely to experience a smooth transition to global glaciation rather than a bifurcation. This is important because it means that tidally locked planets with an active silicate-weathering feedback loop should not tend to stay in the snowball state (they would just pop out of it if they ever entered it because weathering would go to near zero while CO2 outgassing would continue). We also find that planets in higher order spin:orbit states will either have no snowball bifurcation or greatly reduced hysteresis associated with a snowball bifurcation.