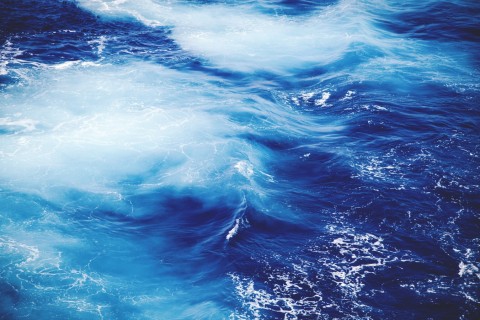 Dissolved oxygen in the ocean is necessary for life.  Oceanic concentrations of oxygen are set by a competition between physical transport and biological consumption: dissolved oxygen is transported downward by ocean currents, and consumed in the bacterial decomposition of organic matter that rains down from the productive surface. Regions where productivity is high and ventilation is weak, such as the northern Indian Ocean and the eastern Pacific and Atlantic, contain large regions of very low oxygen. These oxygen minimum zones (OMZs) have substantial imapcts on marine habitats, fisheries and biogeochemical cycles, and so understanding the sensitive balances that determine their extent and location, and how they are evolving in a changing climate, is a crucial part of the climate puzzle.

Regional simulations of the Indian Ocean, performed by collaborators at NYU Abu Dhabi, have highlighted the delicate effects of eddy transport in regulating OMZs. Increased lateral eddy transport of oxygen limits the extent of suboxia and thus denitrification, increasing the surface supply of nitrate and thereby enhancing biological production. But that same enhanced production generates more organic matter in the water column, amplifying oxygen consumption higher in the water column.  These complex feedbacks are one reason why global climate prediction models generally do a terrible job of predicting oxygen levels.  I'll discuss how transport of oxygen and other tracers are represented in such models, and present ongoing work to improve their parameterization.