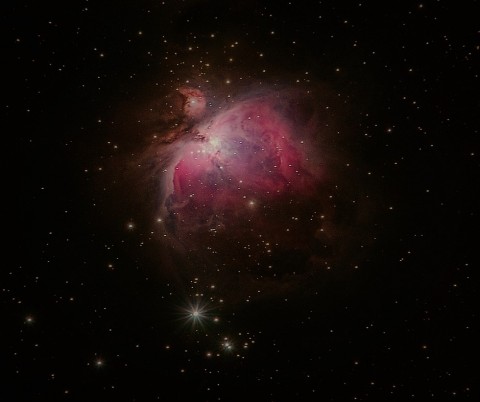 The interaction between solar wind and magnetosphere plays an important role in transporting energy and particles into the magnetosphere-ionosphere coupled system, and impacts significantly on the space weather. Recent studies found that the interaction involves transient and localized features such as foreshock transients and magnetosheath high speed jets (HSJs), and they could be significantly geo-effective. However, with a small number of satellites or remote-sensing measurements with coarse resolution, it is difficult to analyze the interactions in a 2D perspective. In our study, coordinated observations between the THEMIS satellites and the high-resolution all-sky imager at South Pole during 2008-2010 are used to investigate magnetosphere and ionosphere responses to localized upstream disturbances. 2D measurements by imaging allow to find those structures and propagations much more in detail than by other means of observations. The THEMIS satellites observed magnetopause compression and localized ULF waves in the dayside magnetosphere in most cases, and sometimes, travelling convection vortices (TCVs) can be identified by the ground-based magnetometers. The all-sky imager at South Pole observed that diffuse and discrete aurora brightened locally soon after the occurrence of upstream transients. And discrete aurora is then modulated with ultra-low-frequency (ULF) waves. These aurora responses, for the first time, reveal the 2D geo-effective scale of the upstream disturbances, and the 2D distribution of the foreshock-driven ULF waves.