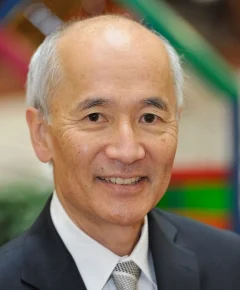 AOS Professor and Vice Chancellor for Research Roger Wakimoto has recently been elected as a Honorary Member of the American Meteorological Society (AMS), the highest honor of AMS.  The formal presentation of the award will take place at the 103rd AMS Annual Meeting in Denver, Colorado, January 8-12, 2023.

"AMS Honorary Membership is meant to delineate and to acknowledge a rarer distinction, exceeding that demanded by the Society’s highest awards.  It should be for accumulated distinction over a number of years rather than for a single accomplishment.  It is an especially appropriate recognition for individuals whose contributions have very significantly reached in from other fields.  In keeping with the Society’s international scope, Honorary Membership should be awarded for high eminence irrespective of nationality or country of residence.  The addition of a new name to the roster of Honorary Members should be as much an honor for the Society as it is for the individual.