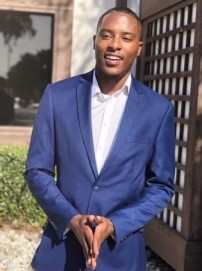 De’Marcus Robinson, 3rd year Graduate Student
Field: Oceanography
Specialty : Geomicrobiology, Biogeochemistry
De’Marcus Robinson is a 3rd year graduate student in the Atmospheric and Oceanic Science Department studying in the field of oceanography. Under the guidance of Dr. Tina Treude, he is currently researching biogeochemical feedback in the Santa Barbara Basin’s Oxygen Minimum Zone in hopes to better understand the role of benthic microbial communities in this environment. Robinson’s interest in the ocean began his senior year in high school where he took an oceanography course and learned about the various phenomena in the ocean. This experience piqued his curiosity and inspired him to address environmental problems in the city of Atlanta. Robinson went on to major in Environmental Science with a concentration in Toxicology at Florida A&M University (FAMU). 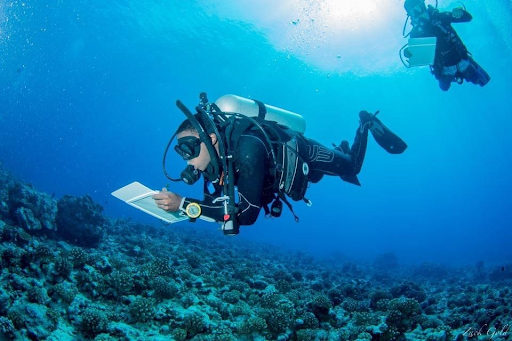 At FAMU, Robinson was a fellow in the NOAA Educational Partnership Program with Minority Serving Institutions (EPP/MSI) where he conducted undergraduate research in organic and analytical chemistry designing a material that absorbs oil. His research on making a sorbent for oil spills on land and in the ocean was presented at numerous NOAA and EPA conferences, providing him with the skills necessary to be a successful researcher. Along with conducting research on campus, he received multiple outside internship experiences at USC’s Center for Dark Energy Biosphere Investigations where he investigated lake microbial productivity in the Owens River Valley Watershed, and UCLA’s Diversity Project, where he researched Turbinara Ornata, a macroalgae in the coral reefs of Mo’orea. One of his biggest achievements at FAMU was founding the Undergraduate Research Organization (UgRO) with the initiative to bring more Black students into the research field, especially for those students who need that experience for various professional and graduate education. Robinson sees this as the same issue faced in the field of Marine Science, where African Americans make up less than 2% of the population. 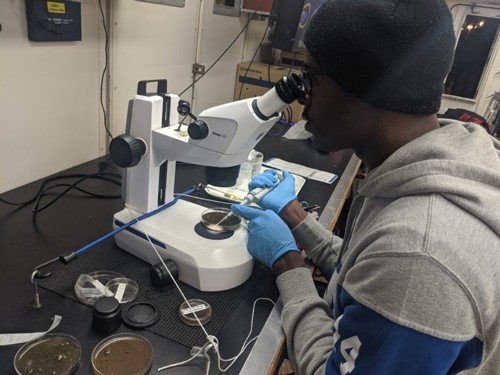 Backed with the skills and knowledge Robinson learned at Florida A&M University, he strived to perform more research in a field that combined elements of chemistry, microbiology and the ocean, leading him to UCLA. In the AOS Department, research in this field examines oceanography, specifically, geomicrobiology and biogeochemistry of the ocean and sediment. Robinson is a member of Chi Epsilon Pi and Center for Diverse Leadership in Science where he has been able to expand his interests in doing environmental justice work. Outside of UCLA, Robinson is active in community service projects and organizations through ReadytoHelp, a mutual aid organization, and Phi Beta Sigma Fraternity Inc. Robinson has also fulfilled one of his dreams in creating a non-profit organization called BehindTheSTEAHM with an initiative to dispel the misconceptions and misinformation in science, technology, engineering, arts, humanities and mathematics. His future goals are to work at NOAA and eventually becoming a professor at a HBCU, with the goal of bringing more African Americans into Geoscience careers.