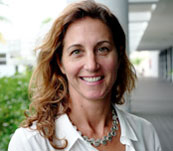 The Real Debate of Climate Science: Does the Ocean Matter for Climate?

The media sometimes portrays the question of the human role in climate as a central debate in Climate Science, despite the strong scientific consensus that human emissions of greenhouse gases are affecting climate. At the same time, the scientific community is far from monolithic on many questions of societal relevance, and these debates are largely ignored in the media. Here we highlight one of those debates: the importance of the ocean for climate

It is often assumed that the ocean plays a central role in climate, both in the response to long-term human alterations, as well as in natural fluctuations. The implications of this are farreaching for the science of climate and climate change: For instance, suppose the ocean does play a central role in climate. Then we need a complete view of its current state, and the ocean must be fully treated in climate models in order to predict the climate of the coming season, year, or even decade. On the other hand, if the ocean does not strongly affect climate, such oceanic observations and dynamics may be unnecessary for prediction systems. Dr. Clement will review current debates on the importance of the ocean for predicting climate, where its importance is paramount (e.g. the equatorial Pacific and the Southern ocean), and where it is questionable (the North Atlantic).

After her lecture, a panel of experts on the ocean, atmosphere and climate from the UCLA Atmospheric and Oceanic Science Department will be convened to discuss Dr. Clement’s points. The audience will gain insight into how Climate Science is conducted and how the field must evolve over the coming years to fulfill its mandate to predict the behavior of the climate system.

Amy Clement teaches courses on atmospheric science, physics of climate, science policy, and climate and society. She mentors graduate students and postdoctoral scientists in the atmospheric and ocean sciences, and she prepares her students to go on to successful careers where they can make an impact in their fields. She enjoys changing the way people think about the Earth and its climate through her teaching and mentoring.

Amy Clement earned her Bachelor’s degree in Physics from Columbia College, and Ph.D. from the Department of Earth and Environmental Science, both at Columbia University in New York.  She did a postdoctoral fellowship at the University of Pierre and Marie Curie in Paris, France, and has been a faculty member at the Rosenstiel School since 2001. Amy Clement has made a mark in her field by motivating scientists to think more about the role of the tropics in paleoclimate and encouraging them to simplify the climate system in order to better understand its fundamental processes.

View Presentation:
The Real Debate of Climate Science: Does the Ocean Matter for Climate?